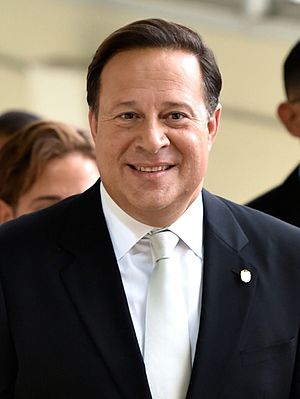 Juan Carlos Varela Rodríguez (Spanish pronunciation: [xwaŋ ˈkaɾloz βaˈɾela roˈðɾiɣes]; born 13 December 1963) is a Panamanian businessman and former politician who served as the President of Panama from 2014 to 2019. Varela was Vice President of Panama from 2009 to 2014, and Minister of Foreign Relations from July 2009 to August 2011. from Wikipedia