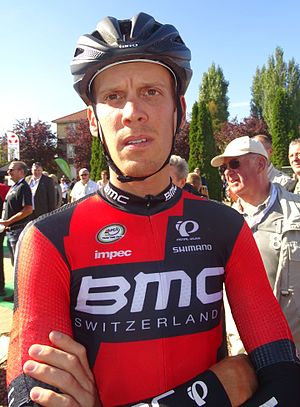 Born in San Daniele del Friuli, De Marchi has competed as a professional since the start of the 2011 season, joining the Androni Giocattoli squad after a stagiaire spell with the team at the end of the 2010 season.In the 2012 Giro d'Italia, De Marchi twice featured in a breakaway, during the fifth and fourteenth stages. from Wikipedia