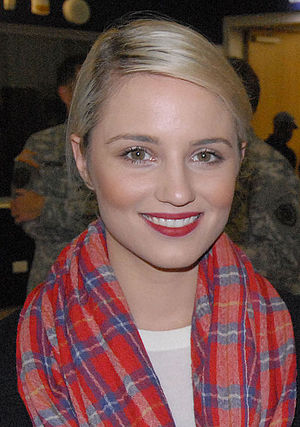 Dianna Elise Agron ( AY-gron listen ; born April 30, 1986) is an American actress, singer, dancer, and director. After primarily dancing and starring in small musical theater productions in her youth, Agron made her screen debut in 2006, and in 2007 she played recurring character Debbie Marshall on Heroes and had her first leading role as Harper on the MTV series It's a Mall World. from Wikipedia