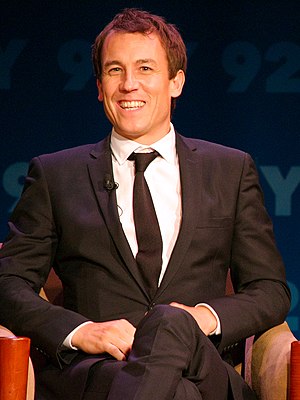 Tobias Simpson Menzies (born 7 March 1974) is an English stage, television and film actor. He is best known for playing Frank and Jonathan "Black Jack" Randall in STARZ's Outlander, for which he received a Golden Globe Award nomination, in addition to his roles as Brutus in HBO's Rome and Edmure Tully in HBO's Game of Thrones. from Wikipedia