8th President of the International Federation of Association Football 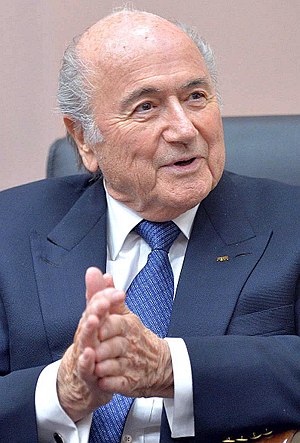 Joseph "Sepp" Blatter (born 10 March 1936) is a retired Swiss football administrator who was the eighth President of the FIFA (French: Fédération Internationale de Football Association) from 1998 to 2015. He initially received a six-year ban from participating in FIFA activities, which was later extended by another six years after a probe into massive bonus payments. from Wikipedia