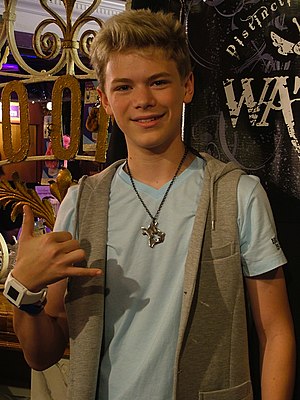 Jeffrey Kenton Duty (born May 12, 1995) is an American actor, singer, and dancer. He is best known for his recurring role as "Young Jacob" on the final season of the ABC primetime drama, Lost, and for his co-starring role as the flamboyant European exchange student, Gunther Hessenheffer on the Disney Channel comedy series, Shake It Up and Matt Prylek in the anti-bullying movie, Contest. from Wikipedia