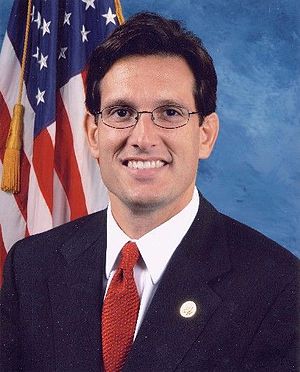 Eric Ivan Cantor (born June 6, 1963) is an American lawyer and former politician who represented Virginia's 7th congressional district in the United States House of Representatives from 2001 to 2014. A Republican, Cantor served as House Minority Whip from 2009 to 2011 and as House Majority Leader from 2011 to 2014. from Wikipedia