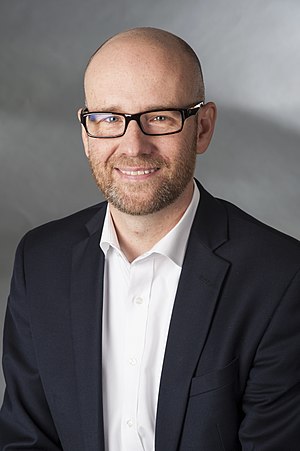 Peter Michael Tauber (born 22 August 1974) is a former German politician of the Christian Democratic Union (CDU) who served as a member of the Bundestag from 2009 to 2021. From 16 December 2013 to 26 February 2018 he served as Secretary General of the CDU under the leadership of its chairwoman Angela Merkel. from Wikipedia