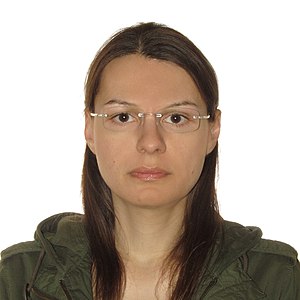 Joanna Rutkowska (born 1981 in Warsaw) is a Polish computer security researcher, primarily known for her research on low-level security and stealth malware, and as founder of the Qubes OS security-focused desktop operating system.She became known in the security community after the Black Hat Briefings conference in Las Vegas in August 2006, where Rutkowska presented an attack against Vista kernel protection mechanism, and also a technique dubbed Blue Pill, that used hardware virtualization to move a running OS into a virtual machine. Subsequently, she has been named one of Five Hackers who Put a Mark on 2006 by eWeek Magazine for her research on the topic. from Wikipedia