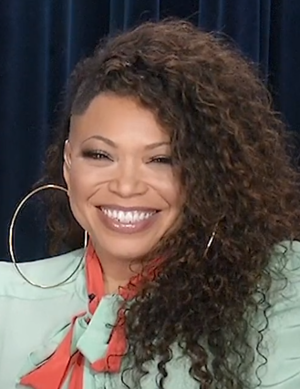 Tisha Michelle Campbell (born October 13, 1968) is an American actress, comedian, singer and dancer. Born in Oklahoma City, Oklahoma but raised in Newark, New Jersey, she made her screen debut appearing in the 1986 rock musical comedy film Little Shop of Horrors, and later starred on the short-lived NBC musical comedy drama Rags to Riches (1987–1988). from Wikipedia