public service broadcaster of the UK 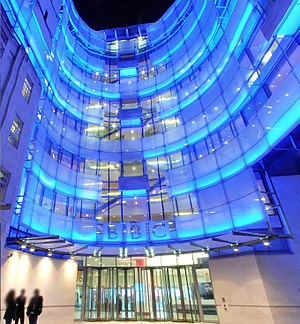 The British Broadcasting Corporation (BBC) is the national broadcaster of the United Kingdom. Headquartered at Broadcasting House in London, it is the world's oldest national broadcaster, and the largest broadcaster in the world by number of employees, employing over 22,000 staff in total, of whom approximately 19,000 are in public-sector broadcasting.The BBC is established under a royal charter and operates under its agreement with the secretary of state for digital, culture, media and sport. from Wikipedia