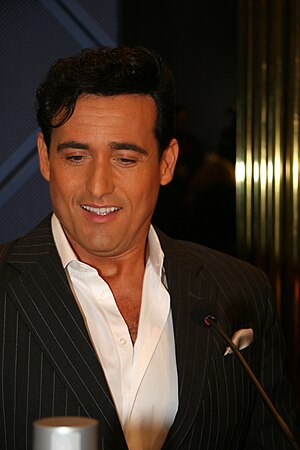 Carlos Marín Menchero (13 October 1968 – 19 December 2021) was a Spanish baritone and a member of the classical crossover group Il Divo, which has sold over 28 million records worldwide.

Born in Rüsselsheim, West Germany and raised in Madrid, Spain, Marín started his career in music early in life, recording his first album when he was eight years old, produced by Dutch singer-songwriter and record producer Pierre Kartner. from Wikipedia