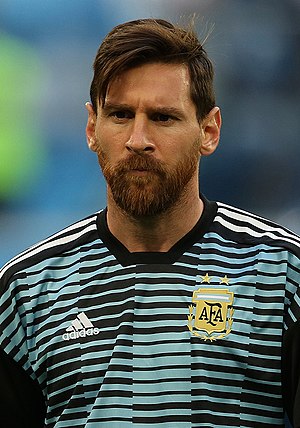 Lionel Andrés Messi (Spanish pronunciation: [ljoˈnel anˈdɾes ˈmesi] (listen); born 24 June 1987), also known as Leo Messi, is an Argentine professional footballer who plays as a forward for Ligue 1 club Paris Saint-Germain and captains the Argentina national team. Often considered the best player in the world and widely regarded as one of the greatest players of all time, Messi has won a record seven Ballon d'Or awards, a record six European Golden Shoes, and in 2020 was named to the Ballon d'Or Dream Team. from Wikipedia