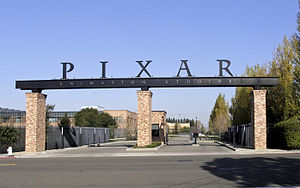 Pixar Animation Studios (), commonly known as just Pixar, is an American computer animation studio known for its critically and commercially successful computer animated feature films. It is based in Emeryville, California, and is a subsidiary of Walt Disney Studios, which is owned by The Walt Disney Company. from Wikipedia