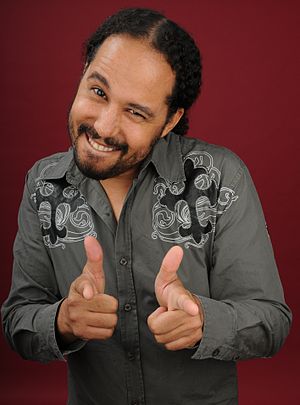 Keith Ferguson (born February 26, 1972) is an American voice actor. He is known for his voice works as Bloo (along with Tom Hanks, Pizza Guy, various friend voices and various other characters) from Foster's Home for Imaginary Friends (2004-2009), Basch fon Ronsenburg from Final Fantasy XII (2006), Marluxia from Kingdom Hearts (2009-2019), Baxter Stockman along with Two-Face in Batman vs. from Wikipedia