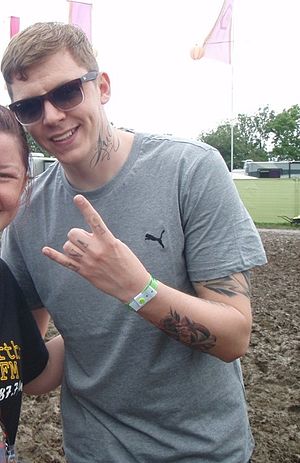 Stephen Paul Manderson (born 27 November 1983), better known by his stage name Professor Green or simply Pro Green, is a British rapper, songwriter, television personality and mental health activist from London.Growing up on a council estate in east London, Green went on to become a multi-platinum artist, with 3.5 million combined sales in the UK. He is the former co-host of Lip Sync Battle UK on Channel 5. His autobiography featured on the Times bestseller list, and he is the patron of the suicide prevention charity CALM.

Manderson's mother gave birth to him when she was 16 years old, splitting with the boy's father shortly after. from Wikipedia