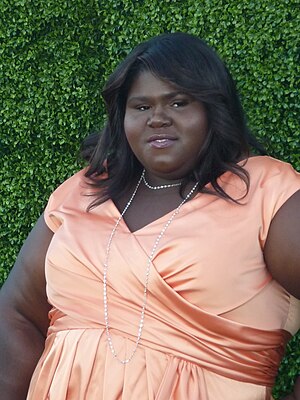 Gabourey Sidibe ( GAB-ə-ray SID-i-bay; born May 6, 1983) is an American actress. She made her acting debut in the 2009 film Precious, a role that earned her the Independent Spirit Award for Best Female Lead, in addition to nominations for the Golden Globe and Academy Award for Best Actress. from Wikipedia