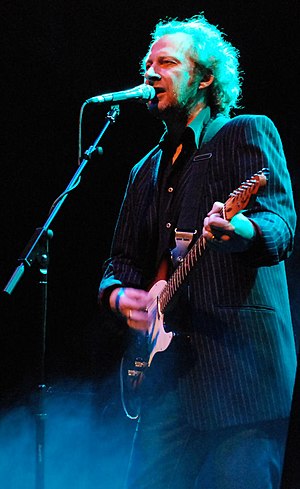 Colin Vearncombe (26 May 1962 – 26 January 2016), known by his stage name Black, was an English singer-songwriter. He emerged from the punk rock music scene and achieved mainstream pop success in the late 1980s, most notably with the 1986 single "Wonderful Life", which was an international hit the next year.William Ruhlmann of AllMusic described Vearncombe as a "smoky-voiced singer/songwriter, whose sophisticated jazz-pop songs and dramatic vocal delivery place him somewhere between Bryan Ferry and Morrissey". from Wikipedia