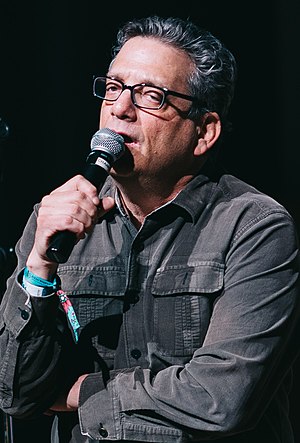 Andy Kindler (born October 16, 1956) is an American comedian from Queens, New York. He played the character "Andy", a fellow sportswriter and friend of sportswriter "Ray Barone" (Ray Romano) on the TV show Everybody Loves Raymond, was a regular guest on Late Show with David Letterman, contributor to The Daily Show, and has performed on HBO. Kindler frequently performs as a voice actor in animated television series from producer Loren Bouchard, including roles on Dr. from Wikipedia